Honey Badger doesn't give a shit!

An old bitcoin meme. In 2013 there was a billboard between the El Camino Real (the road that once served as the major traffic artery from San Francisco to San Jose) and Highway 101, stating that Bitcoin is a honey badger of money. It refers to a viral video about honey badger beeing an ultimate badass that takes what it wants and generaly doesn't give a shit! 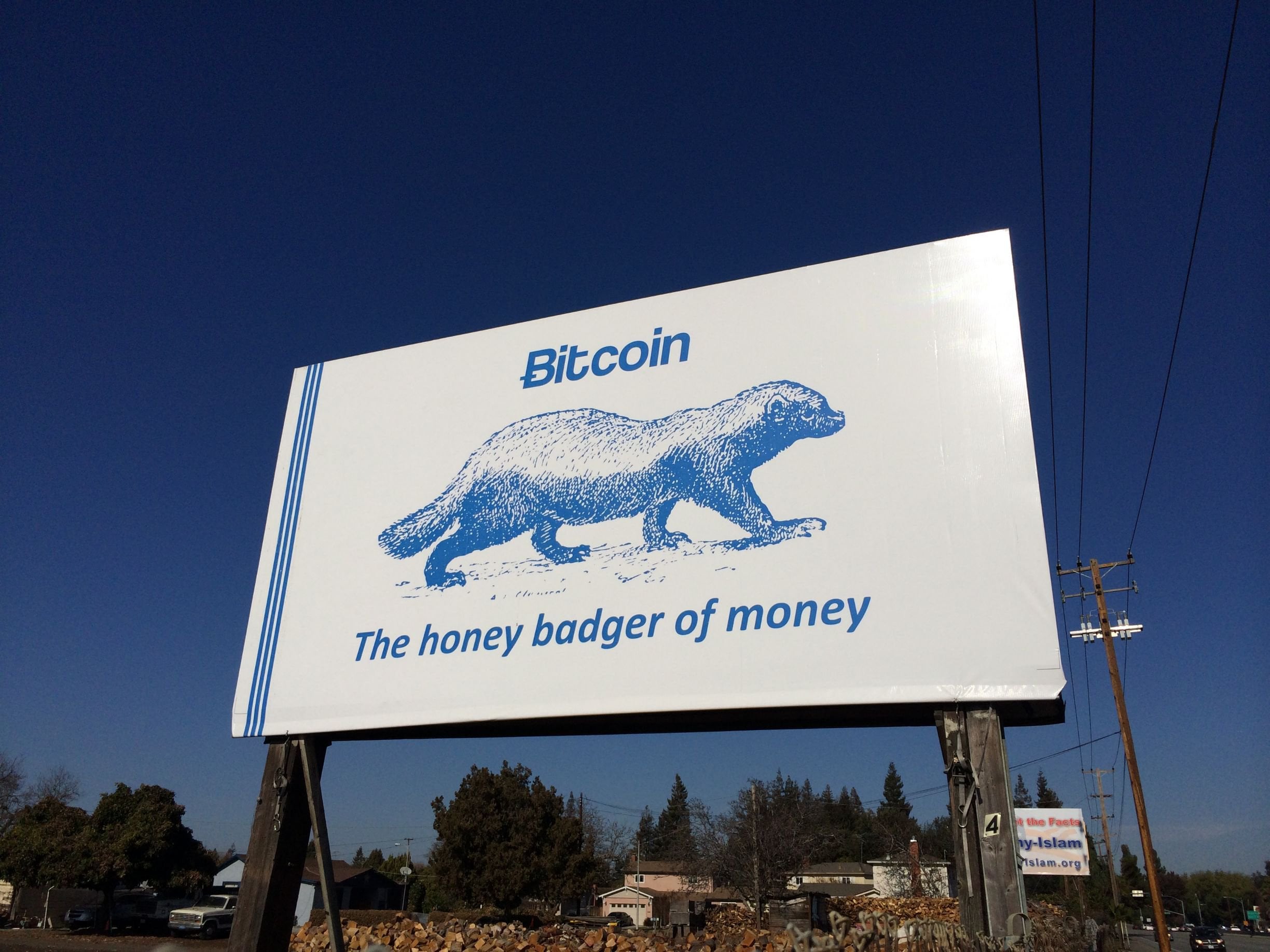