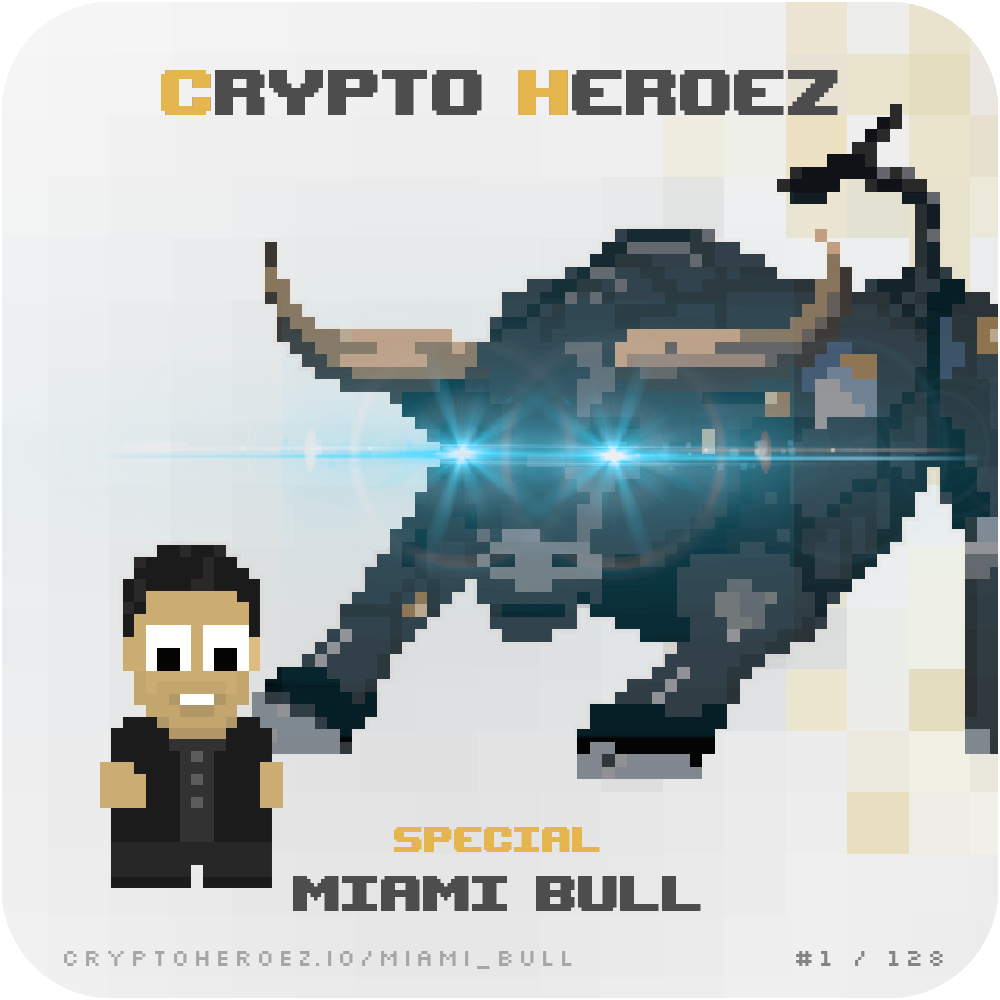 Miami Bull is a statue unveiled in Miami by it's mayor Francis Suarez. It's a robotic bull with laser eyes. It's an obvious knockoff of the iconic Wall Street bull statue. It was revealed before the Bitcoin 2022 conference and it should symbolize technological future of finance.

There's a controversy related to this statue, though. A sponsor ordered to remove it's balls so despite it's technologicaly superior it has no balls (unlike it's Wall Street predecessor). Technically it's not a bull, let's hope it's not a bad sign for the future of crypto currencies :)